Today we are answering the question, “When is cherry blossom season in Japan?”

Well, every year it occurs at a slightly different time because it varies, depending on the weather and the temperature.

There’s quite a science behind the official forecast of cherry blossoms. Every year, the first forecast is released in mid-January by the Japan Meteorological Corporation. They give the forecast based on looking at a thousand locations across Japan. Then, it is updated every two weeks.

The best place to see the first blooms are Tokyo, Kyoto, Nara, Osaka, and Hiroshima. In April, you can see them start blooming in Kanazawa. Then, in mid-April, the areas at higher elevations start to bloom, such as at the Fuji Five Lakes, Nagano, and Takayama.

Ueno Park is the most popular place to go in Tokyo. More than two million people go to Ueno Park during cherry blossom season. There are about 1200 trees that bloom just a little earlier than the rest of Tokyo.

If you’re not into large crowds, Shinjuku Gyoen also has beautiful views. It is one of Tokyo’s largest parks and a bit quieter than Ueno Park during cherry blossoms.

Kyoto is probably the most popular place in Japan to see cherry blossoms.

The Philosopher’s Path has hundreds of trees that line a small canal. Kiyomizu Temple has about 1500 trees. The Kamo-gawa River has a walking path lined with cherry trees. Maruyama Park, Arashiyama, and Heian Shrine are also quite nice.

Nara Park has about 1700 trees, which are absolutely beautiful. Osaka Castle has about 4000 trees. Hiroshima Peace Memorial Park also has several hundred trees. If you make it to Hiroshima, then you must visit Miyajima Island where there are beautiful cherry blossoms.

About a week later in the first week of April, Kanazawa starts to bloom. The cherry blossoms at Kenrokuen Garden are very nice.

In mid-April, the areas at higher elevations start to bloom. Kawaguchi-ko, one of the Fuji Five Lakes, is a great place to go. The view of Mount Fuji from Chureito Pagoda is the best during cherry blossoms.

Matsumoto Castle in Nagano Prefecture is a wonderful place to see mid-April cherry blossoms. But be prepared to wait if you want to go inside the castle. It gets quite crowded during cherry blossom season.

Takayama has a Cherry Blossom Festival that runs between April 14th and 15th every year. It’s a great time to see the blossoms and a centuries-old traditional festival. 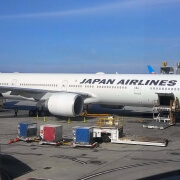 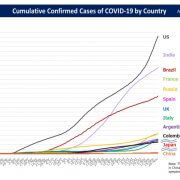 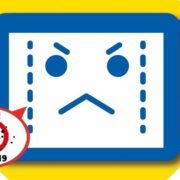 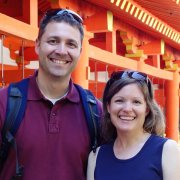 How Much Spending Money in Japan for 8 Days?