We recently got a question asking if it was possible to do both Hiroshima and Miyajima in one day. The answer is that it’s possible, but it may not be ideal.

Osaka to Hiroshima and Miyajima in One Day

I’ve done this trip before. We had to leave Osaka at eight in the morning, and we did not arrive back until 9:30 at night. We basically split the day between Hiroshima and Miyajima. It was fun, but it felt rushed.

How Much Time Do I Need?

Keep in mind that it takes about an hour to get from Hiroshima to Miyajima one way. So, that tacks on another two hours, putting you at about nine and a half hours.

There’s actually a lot more to see and do than you might imagine. We usually recommend staying two nights in Hiroshima. That way you can spend a full day in Hiroshima city, and then another whole day at Miyajima Island.

Things to Do in Hiroshima

On Day One, we usually arrive in Hiroshima at around eleven o’clock. We drop off our suitcases at the hotel, and then go to Peace Memorial Park. It’s about 122,000 square meters, and there’s a lot to see and do. You’re going to want to stroll around, relax, and enjoy the park.

And, the Peace Memorial Museum is larger than you think. Plan to spend one to two hours there.

The Atomic Dome is one of the last remaining buildings after the atomic bomb was dropped. The Memorial Cenotaph is an arc-shaped monument that frames the Peace Memorial Flame and the Atomic Dome. The Children’s Peace Monument is dedicated to the children who died.

Afterwards, you can visit Shukkeien Garden, a miniature landscape garden. Constructed in 1620, it has picturesque waterfalls and bridges.

Things to Do in Miyajima

On Day Two, you can visit Miyajima Island. Itsukushima Shrine is 1400 years old and a World Heritage Site.

This is where you’ll find the large torii gate, which is said to be one of the most beautiful views of Japan. The gate is 53 feet tall, and you can actually walk out to it during low tide.

During high tide, the shrine and the torii gate appear to be floating on water, which is absolutely beautiful.

After you see the gate and shrine, you can walk around and visit the shops and cafes.

Miyajima and Hiroshima are both famous for oysters and okonomiyaki. They actually raise oysters in the inlet between the mainland and the island. There are little kiosks set up along the island where they grill the oysters in their shells.

There’s so much to see and do that you’re not going to want to rush through it. Staying two nights in Hiroshima is ideal, and that way you can really enjoy all of the sights and the experiences. Thank you for watching. 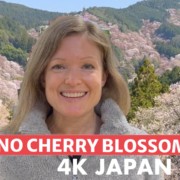 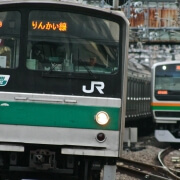 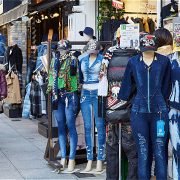