Today we are answering the question, “What are the best areas to stay in Tokyo for tourists?”

In today’s video, we are going to talk about the JR train stations, maximum distance from the station, and the JR Yamanote Line, and then we will talk about the areas of Western Tokyo, Northern Tokyo, and Central Tokyo.

Many people are often surprised to hear that staying near a train station is an ideal location. In Japan, train stations are clean and safe, and have tons of shopping, dining, and things to do. In Tokyo, there are many Japan Rail (JR) train stations making it easy to get around, especially if you have a Japan Rail Pass.

So, how far is too far? Well, it’s best to stay as close to a train station as you can. The closer the better, really. But, there are so many hotels in Tokyo, so anything within a 10-minute walk is best.

Unlike other major cities, Tokyo doesn’t have a central downtown area. However, the Yamanote Line is a JR line that does a circular loop around the main areas of Tokyo, including the notable districts of Shibuya, Harajuku, Shinjuku, Ueno, Akihabara, Ginza, Marunouchi, Shinbashi, and Shinagawa.

Staying near one of these stations makes it easy to get around Tokyo.

Western Tokyo is where you’re going to find all of the neon lights, nightlife, shopping, restaurants, and basically everything that you’re imagining Tokyo to be.

Shibuya is the location of the famous crosswalk that you often see in movies and TV shows. Up to 2500 people cross every two minutes. It’s incredible! It’s also famous for Hachiko Square, where you can see the statue of the dog, Hachiko.

Shinjuku is the busiest station in the world. It actually holds the Guinness World Record with over 200 exits. Kabuki-cho in Shinjuku has restaurants, bars, nightclubs, the giant Godzilla, and the Robot Restaurant. There are also premier restaurants and luxury hotels, and it’s one of the largest shopping districts.

The Narita Express train from Narita Airport stops at both Shibuya and Shinjuku.

Northern Tokyo is the historical area. There are museums, markets, and shopping.

Ueno Park has shrines, temples, walking paths, and museums. The Tokyo National Museum is the oldest and largest museum in Japan. Across from Ueno Park is Ameya Yokocho Market, a busy shopping street with over 180 shops.

A few stops down from Ueno Station is Asakusa, a historical area with traditional style buildings. Sensoji Temple, founded in 645, is the oldest temple in Tokyo. There are rickshaw tours you can take around the area.

The Tokyo Skytree is one of the tallest towers in the world, and there’s an observation deck where you can see all of Tokyo and beyond.

Bullet trains going toward Nagano and Kanazawa stop at Ueno Station. The Keisei Skyliner, another train from Narita Airport, also stops at Ueno Station. Keep in mind that the Kaisei Line is a private line, so you can’t use the JR Pass.

Central Tokyo is where you’re going to see more of modern Japan. There are skyscrapers, bullet trains, shopping, high-end restaurants, and not all of the neon lights that you see in Western Tokyo.

Tokyo Station is the terminal station for the bullet trains. From here, you catch bullet trains going to Kanazawa, Kyoto, or north toward Hokkaido.

Marunouchi is the area around Tokyo Station. The Imperial Palace is the residence of the Imperial Family, built on the site of the former Edo Castle. You can stroll outside of the grounds and visit the East Gardens.

Ginza is Japan’s premier shopping district. You’ll find designer brands, high-end sushi, and tons of Michelin-starred restaurants. It’s also the location of Kabuki-za Theater, where you can see Kabuki plays. Also nearby is the Tsukiji Outer Market. Ginza is not a stop on the Yamanote Line, but it’s only a 10-minute walk from Yurakucho Station. 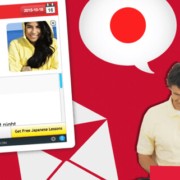 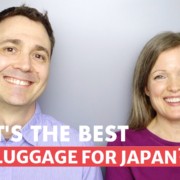 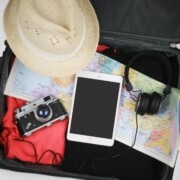 7 Travel Necessities for Japan: What You Need to Pack for Your Trip 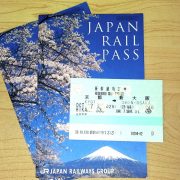 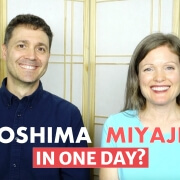 Pixabay Do I Need a Japan Travel SIM Card? Scroll to top